Once we had explored the pop-up museum at Victoria Square,  we headed to TGI Friday’s for our lunch.

TGI Friday’s is an American diner, well known for its exclusive Jack Daniels range and, of course its cocktails, but as I had my 7 month old daughter with me, we couldn’t indulge in those!

We went straight for mains and it was the Mexican menu which caught my eye. I was torn between the Grilled Sirloin Mexi Bowl and the Blackened Chicken fajita (Cajun-spiced),  but it was the Mexi Bowl which won it for me.

I’m so glad I went for this. I love coriander (I know it divides opinion!) and it, alongside the lime, really enhanced all the gorgeous Mexican flavours for me. A winner!

My mum wanted to try a dish from the Jack Daniel’s menu I had been telling her about so she went for the Jack Daniels salmon. This is chargrilled salmon fillet served with seasonal vegetables and cheddar mashed potatoes.  Mum said she was impressed by the interesting sweet and smoky glaze.

The other two in our party decided they couldn’t resist a big burger! Go on, it’s Friday!

They both choose the ‘BBQ Burger’ which was a char-grilled burger covered with Colby cheese and Cajun-battered onion rings, and drizzled with Fridays barbecue sauce. Again they both enjoyed their meal with nothing left on the plate.

Just two of us went for dessert (of course one of them was me). I went for the Brownie Obsession while mum went for the Caramel Apple Pie.

The Caramel Apple Pie is a deep dish apple pie topped with warm caramel and served with a scoop of vanilla ice cream. I tried some of her dessert and it was really good too!

Overall, I was very impressed by my lunch. I maybe had it in my head that it would be another typical American diner but I really loved both my Mexi Bowl and Brownie. A lovely way to end our day out to Victoria Square! 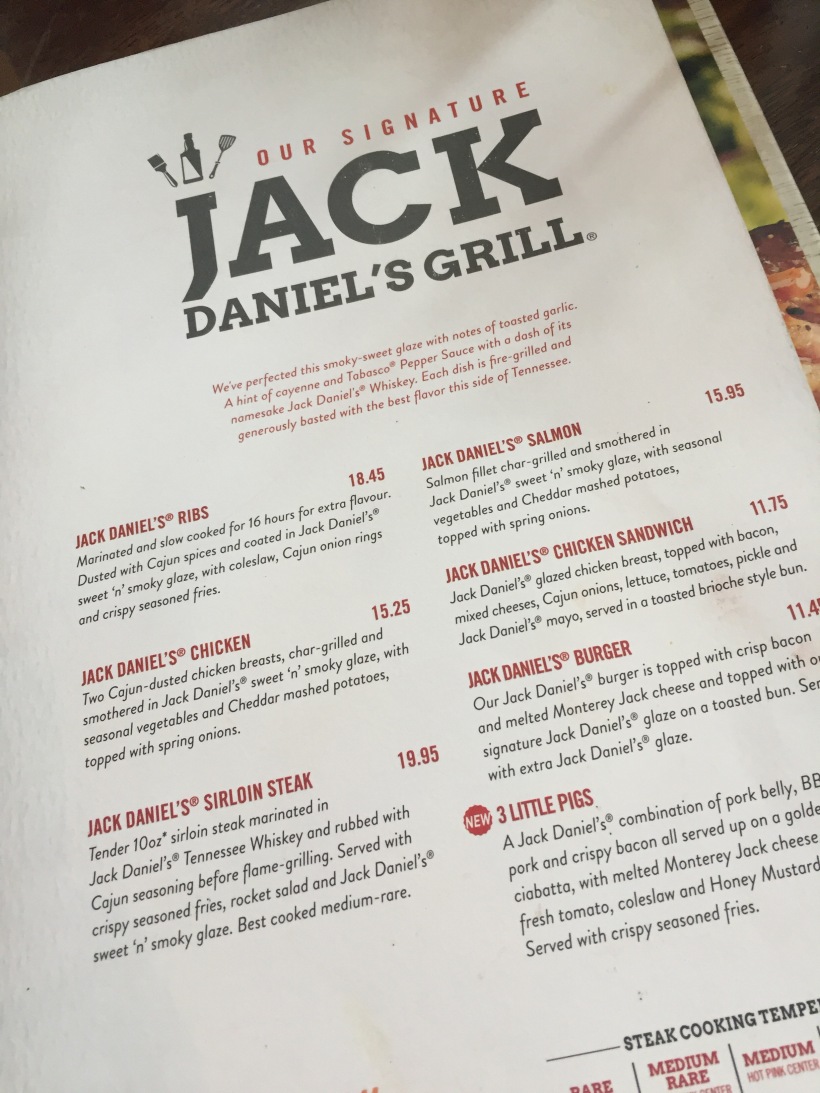 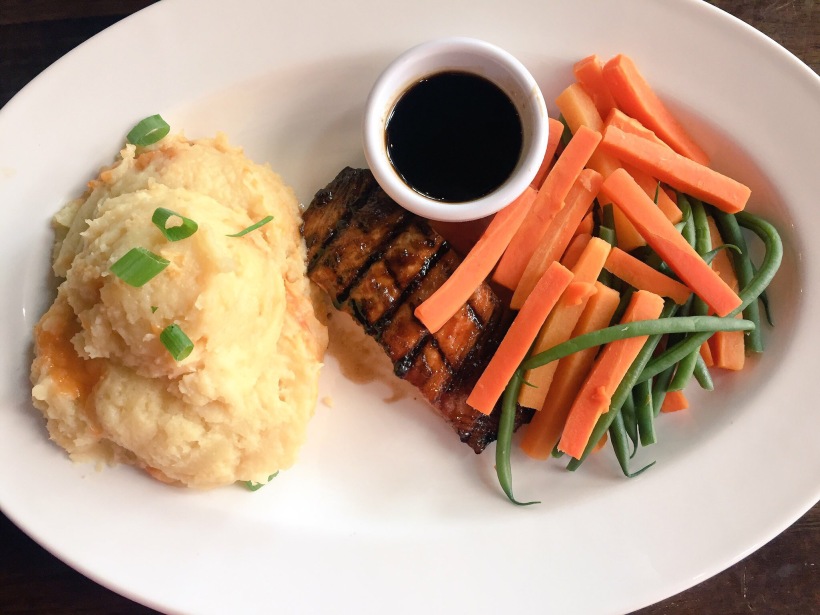 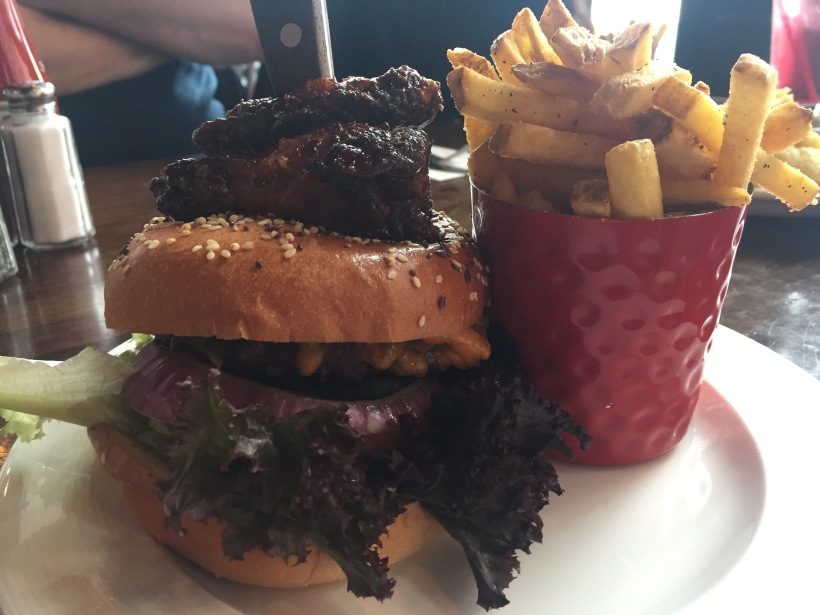 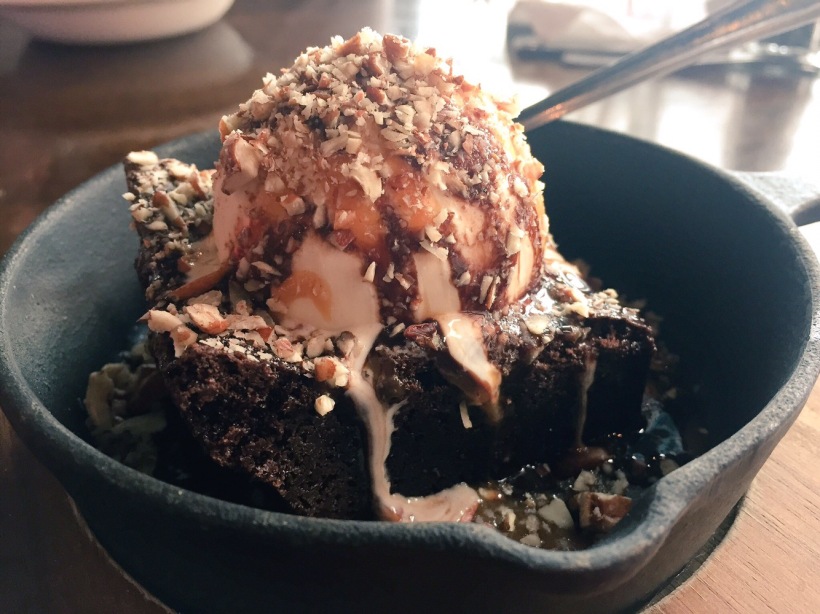 Disclaimer: this meal was complimentary from TGI Friday’s and Victoria Square but all views are my own