If you were asked to make your signature dish, what would it be?

That was the challenge laid down to budding chefs at the recent Belfast Masterchef competition.

Part of the Feile an Phobail festival,  this competition was open to amateur cooks across Belfast who wanted to show off their culinary skills and, of course, be crowned champion!

I was invited along to the final earlier this month at Balmoral Hotel where the five finalists had to cook in front of a live audience, and then wait anxiously as renowned judges and the hungry crowd tried out their dishes.

So who were the finalists and what did they create?

First up was West Belfast councillor Matt Garrett who made Chicken Korma with home-made naan bread. There was a lot of banter on the night as he had, apparently, used shop-bought naan in the semi-final (shock!) but I am pleased to report that the bread was definitely made live on the night. It resulted in a very strong start with delicious flavours! 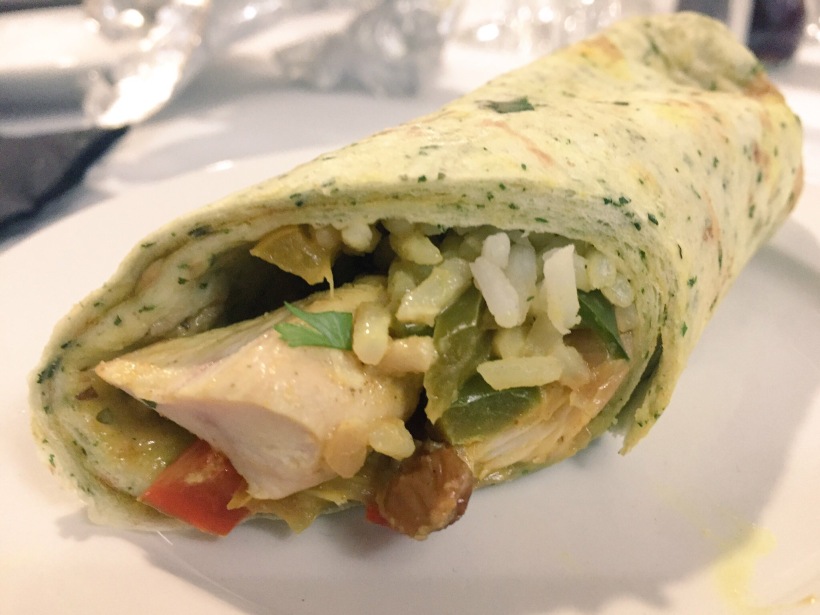 Next up was Paddy Tierney, a sports journalist from Armagh, who created Beef Stifado, a traditional Greek casserole. Paddy said he was inspired by a dish he had eaten numerous times on holidays. He had received some flack for the length of time it took him to make the dish in the semi-final but thankfully it was ready on the night and we tucked into lovely, tender beef.

Third to the table was local MP Paul Maskey, a party colleague of Matt Garrett so there was fierce competition between the two! Paul went for a Balsamic Glazed Caprese chicken which was set on a bed of sweet potato. This sweetness worked very well with the balsamic vinegar- nice one Paul!

Next up was Nisha Tandon, CEO of arts organisation ArtsEkta. Nisha delighted us with a Chicken Handi which she said she learnt how to cook from her auntie. This popular chicken curry is made in a handi cooking pan. This dish was delicious, full of the aroma of Indian spices! 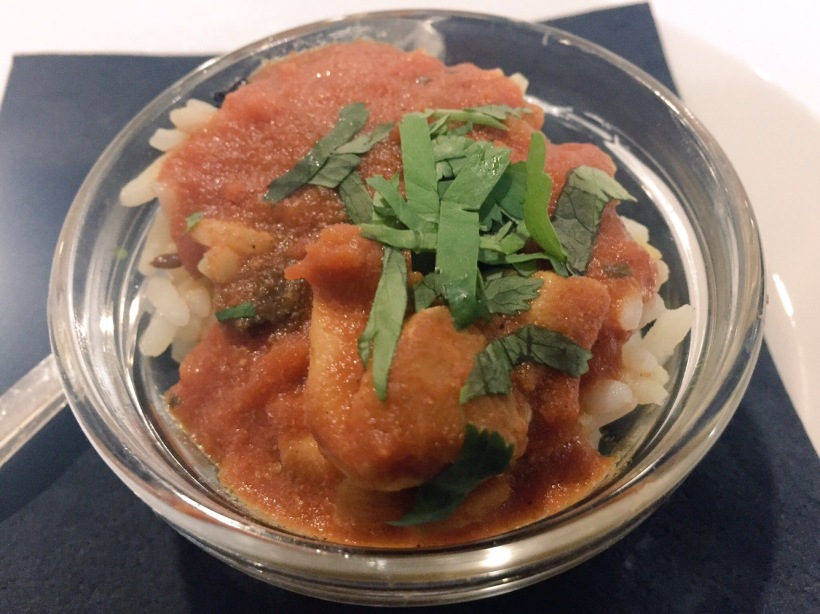 Last up was Belfast woman Emma Sloan who works in the Controlled Schools’ Support Council. Of course we had to end with something sweet and Emma went for Tuile baskets dipped in dark chocolate, filled with diplomats cream and raspberries. This was finished with bitter chocolate savings and fresh mint! Wow! This dish not only looked professional, but the taste was amazing!

So, now it was time to pick my favourite! I honestly couldn’t decide between Number 1 (Matt Garrett) and Number 5 (Emma Sloan). So, in the end I bought two ballot tickets which meant two votes and I went for one each! The easy way out.

Soon the votes were counted and the winners announced:

The judges’ winner was….. Emma Sloan!

The audience winner was…… Matt Garrett!

My two favourites! Always knew I had good taste.

What a great night and well done to the winners. Check out my video for all the action from the night.